Ghost on a Train 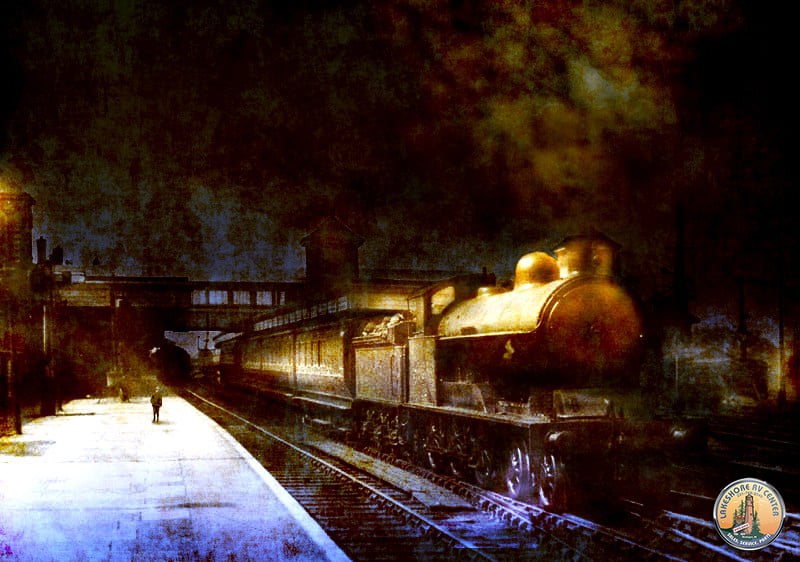 A long time ago, back when people used to ride trains to get from one place to another, a young man came upon a train depot as a large commuter train was just pulling into the station. This boy had loved trains ever since he was little, so he stopped and watched it as it entered the station. Steam rose from the engine as it slowed and the brakes screeched as the train came to a heavy stop on the tracks. It was a dark evening, and the boy knew that he couldn’t stay long to watch. He was on his way home from his friend’s house and his mom was expecting him soon. But he was captivated by the powerful machine!

As the train doors opened, he expected to see people file out carrying suitcases and greeting family members. But as he looked up and down the train platform, he didn’t see anyone. Not a soul. No one was getting off the train, and no one was waiting on the platform. He was all alone. The doors stayed open for what seemed like minutes. The boy noticed that the inside of the train was dark. Only running lights along the open doors were illuminated. Then, just as the doors began to slide shut, a figure leapt from the front of the train and ran up the platform. It was a small boy, and he was in a hurry.

“Hey,” he called out, but the boy didn’t turn around. So he called out louder, “HEY! DO YOU NEED HELP?” The boy heard him this time and stopped abruptly. The boy slowly turned around toward his voice, and he couldn’t believe what he saw. A pale face, almost transparent, with sad, vacant eyes looked back at him. His heart almost stopped with fear. He could feel the color run from his face. The nightmarish boy stood for just a second facing him, and then, without a word, turned back around and started running again. Watching the boy run away, he was helpless to yell anything to him. His feet were heavy with fright and couldn’t move. Had he just seen a ghost?

The train engineer stuck his head out the window, looked down the platform, and blew his whistle for departure.

“Did you just see that?” the boy called out to him.

“The person who just jumped from your train and ran that way,” he said, pointing in his direction.

“You’re the only person out here, kid. Time for you to head home before it gets too dark, and you start seeing ghosts,” he laughed. With another blow of his whistle, the wheels started to turn and puffs of smoke billowed from the smokestack. Before he knew it, the train was leaving the station.

He had to follow the mysterious boy. He was curious. Was he ok, he wondered. So he ran, fast, in the direction that the boy went. He heard low, sad moaning, almost like a wounded animal, coming from up ahead. It was the little boy! Why was he so sad, he wondered. He saw the boy turn the corner and disappear down another street. He hurried to follow him. He wanted to see where the boy was going and make sure he wasn’t hurt. Just as he started to catch up to him, the boy turned up a long, dark driveway and went up to an abandoned-looking house. He opened the large, heavy door, slipped inside, and was gone.

The boy stood under a big oak tree in the front yard, unsure of what to do next. That’s when he heard the moaning again, coming from inside the house. The house was bathed in darkness, unlike the other houses on the block that were lit up and lively inside. This one looked frightening, eerie, almost haunted. There were boards on the front windows where the glass was shattered or missing. Shutters were crooked, some barely hanging on. A lone car parked up by the garage had a flat rear tire and looked like it hadn’t been moved in years. He felt a cold shiver as he stood there looking at the house. Should he go up to the house to check on the boy? Or should he turn and head for home? It was nearly dark and he would surely be late now. But why would such a young boy be on a train by himself? And clearly something was wrong, otherwise why would he be moaning so sadly.

The next thing he knew he was standing at the front door, his hand raised, ready to knock. BOOM! BOOM! BOOM! He couldn’t believe he just did that! His hand felt so insignificant against the tall, thick door. Did anyone hear that? He stood waiting. For what, he didn’t know. Nighttime was closing in around him. He really should be going. But there’s the moaning again, now stronger and lasting longer than before. Panic spread through his body as he realized what he’d done. Leave him alone, he thought. He’s home now. He’s ok. But the moaning! It won’t stop!

All of a sudden the doorknob turned and the heavy wooden door creaked. It opened ever so slowly and revealed an old lady with long stringy blonde hair dressed in a housecoat. She stared at him with lifeless, lonely eyes.

“Is your, er, grandson ok?” the boy asked her in shaky syllables.

“I don’t have a grandson,” she answered in a tone devoid of any life.

“The boy who ran inside. I followed him here from the train station to make sure he is ok. He sounded so sad,” he said.

She stared back at him as if her mind went far away, and finally said with little expression, “That’s my son."

“Your son?” he asked, confused by the obvious age difference.

As the words sunk in and he began to realize what she had just told him, his knees went weak with terror. He stumbled backwards off of her front porch, almost falling, and turned to run home. The sound of low, sorrowful moaning filled the night as he ran as fast as he could toward home, not once stopping to look back.
<< Previous Post
Next Post >> 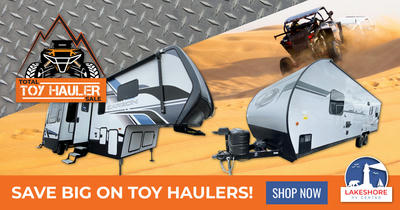